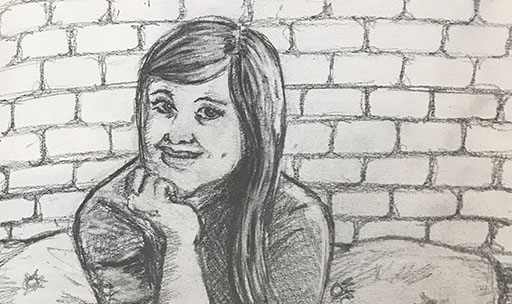 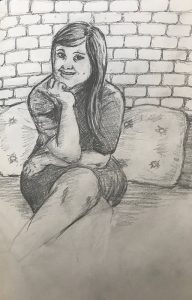 I see her at my favorite coffee shop at least once a week. She hangs out on the sofa. People will often sit next to her, and she adjusts and moves to the other side if they try to take her space.

She disappears if two people move to sit on the couch. It's as if they take all of her space because that's the only place for her here.

She seems shy, as she always sits crossed and defensive, but has a friendly smile as she observes those around her. In a way, she reminds me of myself, because she is an observer like me, listening to and watching the people around her.

Some of the ghosts are as full as much life as the most livest people in a room, but I know they are holding onto something. From what I've seen, the dead wants just as much from the afterlife as you may wish in life.

I'm not sure exactly what the coffee girl ghost is holding onto. We have made eye contact a couple of times, and since she seems more friendly than most, I have often thought about walking to her and seeing is we can communicate somehow.

I can't get less than six feet to her until she disappears, and I'm afraid people will think I'm crazy if I talk that far away. Even though she's a ghost I see often, she's too shy for me to interact with.