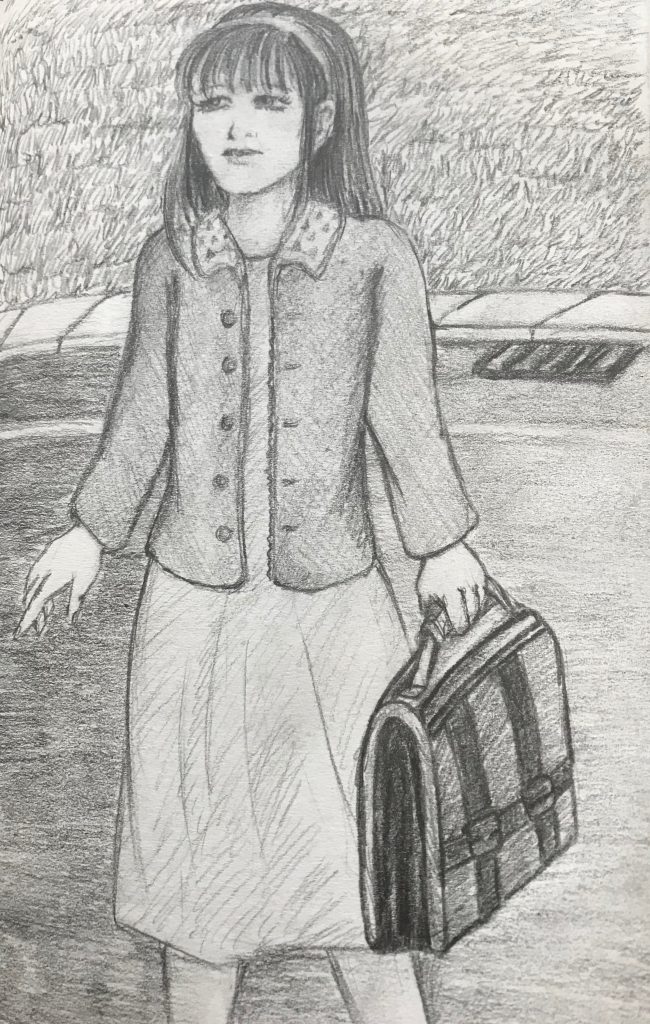 We do a lot of events at parks with my dad’s extended family. His sister has four kids younger than me, so we are always going to the park for birthdays and family get-togethers. It was for my cousin Billy’s birthday that we had gone to an old park in Albuquerque that is by a couple of schools.

I like to go to parks a lot during the summer, but only at dusk and night. It’s too hot here in the desert, and I prefer the air conditioning to the blistering heat.

I shouldn’t complain. At least we live in a hot, dry state, and it’s far worse in Oklahoma and Texas. I had to spend a couple of summers there with family while my dad was away in training, and I hated it. There, the shade and breeze do nothing with the added heat of humidity. I would be drenched in sweat for merely walking outside.

Today though, the sun is scorching, and my aunt had the party just after the heat of the day at 3 PM. I didn’t want to go, but my dad actually took the day off for a family day, so there was no getting out of going.

It wasn’t as bad as I thought it would be. My aunt made it fun with water balloons in a couple of coolers and squirt guns. Her main gift for her son was a blaster, which was hard to fill because we didn’t have a hose. Billy got smart and put the melted ice water in the squirt gun with a cup, and really pissed off his mom when he surprised her with it!

I was taking a break sitting in the shade of a large tree away from the commotion of the party. I felt too cold for just being damp from the water balloon fight, and I was about to move into the sun to warm up when I saw her.

She looks so out of time, wearing a headband with a vintage dress, and overcoat that must be uncomfortable in our desert heat. Even her pack is old fashioned, a leather satchel that she clung onto while walking awkwardly up and down the street. She looks ethnic in a way, with darker hair and skin, and narrow eyes like a Native American. I can’t place what exactly she may have been, for her clothes just look old fashioned, but not cultural enough to give me any clues.

She really startles me because she looks so much like me. Not in a physical way, but spiritually, maybe? She feels familiar in a more profound way than just being the apparent similar age and sex.

I’m assuming she is a product of another era. Maybe the 1940s or 1950s. She is just slightly younger than me, so around fourteen or fifteen. I turn sixteen this year, and I’ll be starting my sophomore year in high school.

They are a constant reminder to me in how life can be lost much sooner than we think.

We waste so much time on unimportant things, or at least, I know I do.

I spent too much time playing video games, which I have been playing all summer. I could have been making more portraits and writing about them this whole time.

She also looks like she was either searching for something or someone. Like the construction worker, she was holding onto some task she was supposed to do, or be somewhere she couldn’t quite place. She probably never left the place of her death.

Since there are schools nearby, I wonder if that is what she is looking for. Afterall, she is carrying a bag that could be a school bag. It looks dense and full of books, especially in cumbersome it seems.

Seeing her ghost, I feel not only sadness for seeing the echo of someone who died so long ago, but also the reminder that time goes by fast. I’m sure this park has changed so much since the time of her death. I wonder if it was even here at all. I wonder about the schools nearby if those are what she was trying to get to. I also wonder what could have taken her life so suddenly.

I fear they relive these moments like the way you have nightmares about being late to school, which I get a lot. Those terrible nightmares that you have no control over, relieving anxiety that really makes no sense.

I think that is a terrible thing for a soul to do, and I wonder if this type of ghost is the type with a soul, or if it is merely an echo of the past. That’s what I hope they really are. I wish their souls are not stuck reliving what they can’t let go of. That their real souls have moved on, and it is just their echoes that are left behind in these sightings.

This isn’t an idea of ghost echoes isn’t initially my own. I have seen TV shows and ready books about it too, but honestly, I don’t know. I just know what I see.

I wonder if these poor souls are caught in a loop, and that terrifies me.

At the end of the day, we make our own interpretations. I want to believe this ghost girl is an echo, living out her last moments like the construction worker.

I want to believe that it is only a fragment of who she was and that she moved on. I want to think that I can find meaning and purpose as to why I can see her and that there is value in sharing what I see. This is what this ghost means to me, but she may mean something else to you.

What do you think of this ghost?